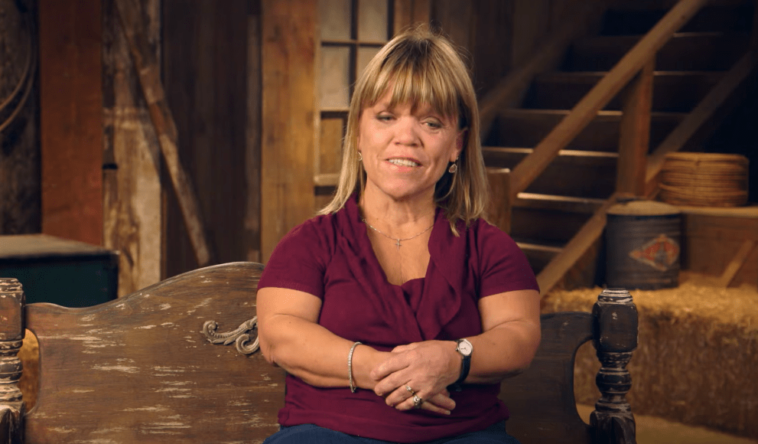 Little People, Big World star Amy Roloff is back at work. She recently told fans that she’s been doing interviews again. And it looks like those interviews could be for the new season of Roloff’s TLC show.

Fans saw on Little People, Big World for the last time when Amy Roloff was hunting for a new house. Matt Roloff’s ex-wive and Little People, Big World celebrity made the difficult decision to move from the family farm. Amy Roloff had her boyfriend and real estate agent Chris Marek help her find a new home to call home. The search for a home was not easy for Amy. But she finally found the perfect place. And now she and Chris have made the house their new home.

The Little People, Big World reality star has done projects and worked on furnishing her house with Chris Marek. Although Amy Roloff kept a few projects secret. So, fans are hoping Amy Roloff will take a tour of her new home once she’s finished decorating it. Maybe fans can take a look inside Amy’s house when the family show returns.

Thanks Friends Debi @pdx1dls and Lisa @lisardixon13 for hanging out after we filmed. What a great time to be together and have a little girlfriend time and talk and laugh. Your friendship is is such a blessing to me. Thanks you two ♥️♥️ #friendship #girlfriends #amyroloffsnextchapter #filming #blessed #thankful

Amy Roloff and her future husband Chris Marek recently took some time off to work on their house. The cast of Little People, Big World shared photos of the two of them taking Chris’ bike for a ride. The couple went to Lake Detroit. Amy said it’s been a while since their last ride. So, they couldn’t wait to get back on the road.” Amy also said that “the road less traveled was spectacular.” She didn’t even care that she had “helmet hair.” Since she likes riding with Chris so much.

Little People, Big World’s Amy Roloff had some of her and Chris Marek’s friends join them on the road. She said it’s “always nice to have some biker friends join them.” She also had a chance to celebrate the birthday of one of their friends. Sounds like Chris and Amy had a lot of fun. But, uh, he went back to work after the weekend.