The new season of Little People, Big World has officially arrived, and fans are excited to see what has happened to Matt and Amy Roloff since the end of last season. We know that Amy has chosen to sell her half of Roloff Farms to her ex-husband Matt Roloff. And since then she has shared with her Instagram followers the fact that she is engaged to her current partner, Chris Marek. As for Matt, we are all eagerly awaiting further details about his long-term relationship with Roloff Farms girlfriend and former employee Caryn Chandler.

Chandler and Matt have been together for years, and their relationship has caused a huge drama. Despite the chaos of the past, Caryn Chandler still responds to many of his Instagram followers who are curious about his relationship. That’s what he told a follower who wondered if his romance was real.

Amy’s divorce from Matt Roloff severely affected her, and Matt’s relationship with Chandler was also extremely difficult for Amy. When their romance was in its infancy, Amy let it be known that she wasn’t comfortable with Chandler. She even went on to say that spending time with Matt’s girlfriend was “unhealthy” for her.

“Matt Roloff worked with her for many years. So this is always going to hurt a little bit,” Amy Roloff remarked. “But it’s something I have to do as an adult – it doesn’t mean I have to accept it.”

Amy Roloff later wrote her memoir, A Little Me. And she explained that Matt may have been unfaithful during his marriage to someone who worked at Roloff Farms (presumably Chandler).

“I saw messages, pictures and other things that shouldn’t have been shared between people who just worked together and were still married to other people. I was devastated,” remarked Amy.

Wedding Bells May Be Ringing İn The Future For The Couple

We know that Amy and Marek will tie the knot, since they are already engaged and ultra excited about planning their wedding. Now, it looks like all eyes are on Chandler and Matt to see if they’re next. And according to Matt, it looks like wedding bells may be ringing in his future, but the wedding isn’t coming anytime soon.

Matt Roloff told one of his Instagram followers, “Well, I hope this works out.” Then he said he “doesn’t want to step on Amy and Chris’ excitement – but you never know what could happen next! For now @carynchandler1 and I are living a very happy life and our best life together… enjoying our children and my grandchildren. A wonderful season of life!”

She also spoke to the podcast First Class Fatherhood about her relationship with Chandler. “There are no immediate wedding bells yet, but there are on Amy’s side,” Matt Roloff verified. “Caryn and I are waiting for their excitement to kick in.” 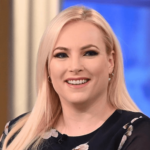