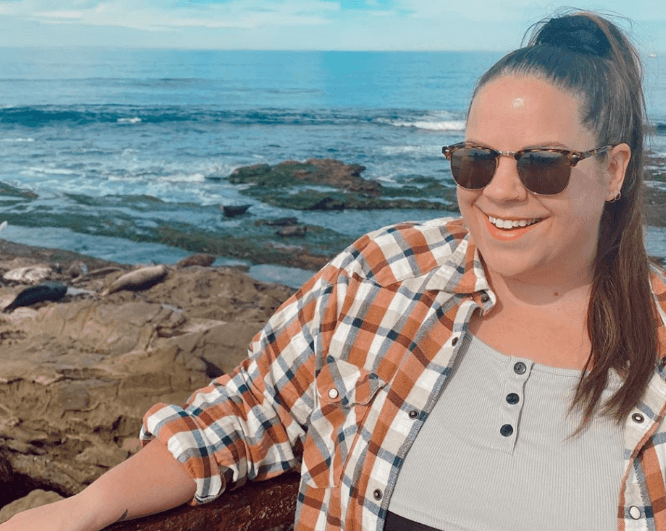 My Big Fat Fabulous Life spoilers reveal that Whitney Thore‘s friends Ryan Andreas and Heather Sykes share a kiss. It starts when Whitney invites her friends from Greensboro to spend the weekend with her in Charlotte. She hasn’t seen much of her friends from home since she moved out.

The friends head to the city for some fun. Whitney Thore is happy to be able to mesh her childhood friends with Chase Severino and business partner Ryan Andreas. This is also the first time Chase will meet her now fiancé’s friends. But, the spoilers of My Big Fat Fabulous Life show that the weekend takes an unexpected turn when Ryan finds himself kissing Heather Sykes.

Whitney has officially moved into her townhouse in Charlotte. The My Big Fat Fabulous Life star currently lives alone in a new city where she doesn’t know many people. However, she’s not completely alone. Buddy Bell stays with her when she has improv classes in town. Besides Buddy, Whitney doesn’t see much of her Greensboro friends. Although that’s about to change.

My Big Fat Fabulous Life spoilers previews explain that Whitney Thore’s friends are in town for a couple of days. She says she invited all her friends from Greensboro to come to Charlotte. Whitney says “we could all use a little more fun and a lot less excitement.” She and her friends can be seen on the dance floor.

Before Whitney Thore’s friends came to visit, her then-boyfriend Chase Severino had only met her parents. Glen and Babs Thore stopped by Whitney when Chase was helping her pack. While Chase was carrying a bag out, he ran into Babs and Glen. It wasn’t the meeting Whitney had planned. But now she can introduce him to her friends any way she wants.

The sneak peeks of My Big Fat Fabulous Life show Whitney Thore introducing Chase Severino to her Greensboro friends. Chase says that he really wants to make a good impression with her friends. For Chase, meeting all the friends is “kinda nerve-racking.” Fans now know that Chase and Whitney want to get married. So, there is a good chance that her friends accept her relationship with Chase.

Whitney Thore got Heather Sykes upset when she told her best friend that she had kissed Buddy Bell. Heather was dating Buddy. Heather was heartbroken when they broke up. So, Heather felt betrayed by the celebrity from My Big Fat Fabulous Life. The cast members of MBFFL apparently patched things up between the two of them. Now it looks like Heather’s getting close to someone close to Whitney. Her business partner Ryan Andreas.

My Big Fat Fabulous Life spoilers indicate that sparks start to fly between Heather Sykes and Ryan Andreas. Heather says, “I don’t know what’s going on, you know, there’s definitely a vibe going on with Ryan.” The two then exchange passionate kisses. Whitney Thore and Chase Severino look away screaming. Is there something going on between Ryan and Heather – or is Heather just getting back at her old friend for kissing Buddy Bell? 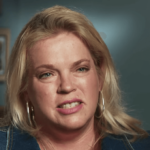