Sister Wives: Christine Brown Seems To Be Doing Well With Her Family

TLC’s reality series Sister Wives features the life of Kody Brown and his four wives. For much of the show, Christine Brown was Kody Brown’s third wife. They had a spiritual marriage for many years, but things became strained for various reasons.

Viewers probably weren’t surprised to hear that the couple had split up. The thing is, after Christine Brown left Kody, fans have noticed that she looks happier than ever.

Many Sister Wives fans have speculated about a possible separation between Kody and Christine Brown. In November 2021, Christine confirmed the rumors that the couple was breaking up. While their marriage was not legally binding, they spent 25 years together as a spiritually married couple.

Christine Brown no longer felt satisfied with her marriage – something viewers had suspected for a while. Fans of the show saw her and Kody attempt therapy to make things better. In the end, however, Christine’s desire to move to Utah, while everyone else disagreed, led her to leave. Christine announced her decision on Instagram.

Around the time of Christine Brown’s announcement, Kody appears to have given her one of his properties. He signed the deed to a home in Arizona that he and she purchased in 2018. The value of the home is about $500,000 currently.

Sister Wives: Christine Brown Seems To Be Doing Well With Her Family

Although the decision to leave was difficult, Christine didn’t let it stop her from enjoying her vacation. In fact, her Instagram account is full of happy moments. According to The U.S. Sun, she shared a photo of her decorated Christmas tree with her followers.

Other posts on Christine’s profile page include photos of her smiling with her children and grandchildren. Fans of the show have reacted positively to the images the star has shared. They see how cheerful Christine is and find her vision inspiring.

If anyone had any doubts, Christine Brown assured them that she is fine. She also shared how the separation has allowed her to gain some “mental clarity.” Her willingness to endure change keeps followers hopeful for future happy experiences.

Now that Christine Brown resides away from Kody, fans agree that she is “living her best life.” On Reddit, Sister Wives fans discussed an outing of the TV star with two of her daughters. Some of them noted that she looks happier in the photos.

It looks like Christine is thriving after deciding to break away from Kody. Viewers are here to support her efforts for a better life for her and her children. Others wondered why Kody seems to dislike her compared to his other wives. 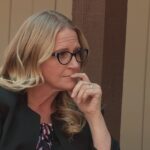 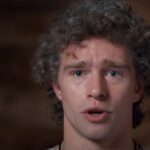