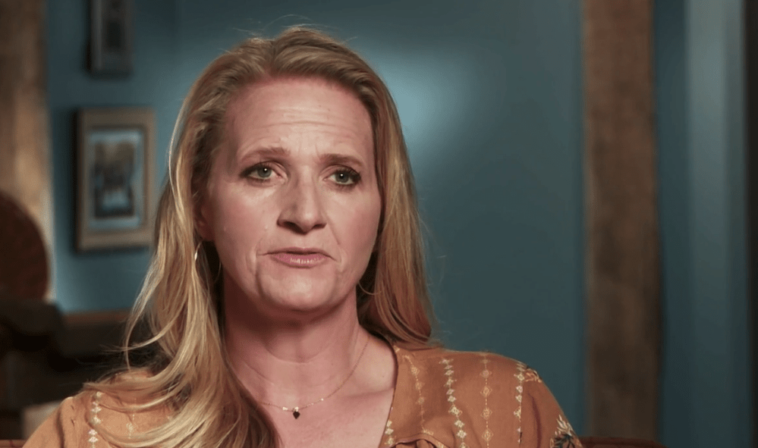 Sister Wives star Christine Brown pulled strings with a recent fundraising request, but fans now suspect a possible hidden Kody Brown agenda. It’s hard to believe this could be the case for some of the third wife’s Sister Wives fans. But others say the urgency of Christine Brown’s fundraiser never made sense. Now, this new theory seems far more feasible for those who don’t think so.

Christine Brown has done something totally out of the ordinary for her, which is the first red flag for Sister Wives followers. She interrupted a live sales launch of the clothing brand she sells to make a launch of her own.

Christine Brown tried to convince her followers online to buy more clothes for a really good but serious reason. Looks like one of her daughters needs major surgery. Since it’s part of next season’s plot, she couldn’t offer any information.

But Christine Brown said they talked about it earlier during some episodes of Sister Wives. Fans immediately thought it was Ysabel Brown, who fought scoliosis with holistic treatments.

Doctors told Christine and Kody that the treatment could avoid surgery for a while. But they believed she would have the surgery in the future. Then the second red flag came out big enough.

Sister Wives: Kody Flies Biggest Flag Of Them All

Now comes all the controversy. It seems to have leaked this week that the patriarch of the Sister Wives, Kody Brown, is responsible for a $30,000 payment for his son’s car accident.

Court documents include an invoice issued by the arbitrator in this case for the $30,000. Both Kody’s son, Paedon Brown, and Kody Brown are reportedly responsible for this bill. Kody Brown was the legal owner of the car Paedon was driving at the time of the accident. Paedon is 21 today, but he was a teenager in 2017 when the accident occurred.

He allegedly followed the vehicle in front of him too closely. So when the car suddenly stopped for an emergency vehicle, he crashed into the vehicle causing injuries. This court ruling of $30,000 is the total of several taxes and fines, including pain and suffering for the plaintiffs. Critics of Sister Wives think it is more than a coincidence that Kody was hit by this heavy payment and that Christine embarked on a sudden fundraiser.