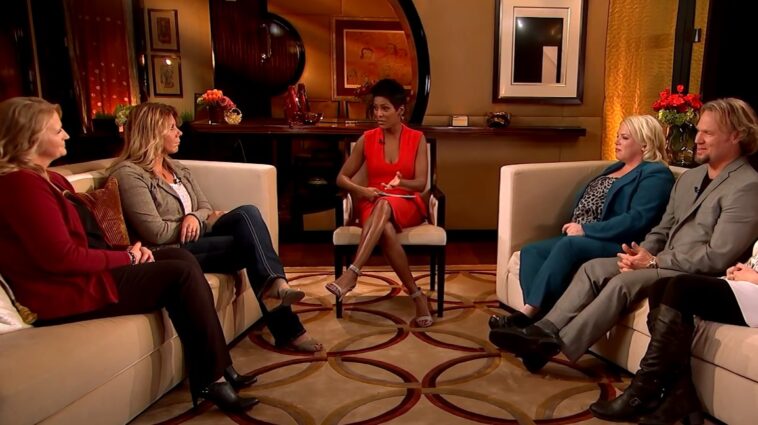 Sister Wives fans hadn’t seen a tell-all in a handful of years. So they were looking forward to the three-part episode of season 16. Many enjoyed the first-time host, Sukanya Krishnan. However, they missed Tamron Hall who had a history with the Browns.

Recently, an old tell-all clip came to light in which Hall put his fourth wife, Robyn Brown in her place. Has Krishnan been too soft on the family and should Hall return?

When most TLC reality shows reach their season finales, there is a big tell-all event. Fans look forward to these moments when the truth is supposed to come out. For the Brown family, many questions were always lingering, especially since they are a plural family. In every season so far, the family has sat with each other and some segments have involved the children. It was all a problem/solution to keep fans wanting another season. Over the years, several correspondents have shared hosting duties. For season 13, it was SuChin Pak who became famous on MTV.

This time, it was Sukanya Krishnan who was not greeted with much respect by patriarch Kody Brown. Admittedly, the format was completely different as the wives and Kody Brown were interviewed separately and there were no children involved.

Although Sukanya Krishnan has figured out the Sister Wives assignment, looking back, fans have begun to miss Tamron Hall. In a resurfaced clip from season 6, she is seen putting Robyn Brown in her place. When asked about jealousy, they always downplayed it until that year.

Tamron wants to elaborate further on this as it came primarily from a wife. Robyn Brown claims that she was asked for a specific example and then says outright that she has no intention of “rat” on Christine. So, Tamron turns the tables and says that she herself will be the one to rat out Christine.

In a way, Robyn Brown threw Christine under the bus when it really wasn’t necessary. It was also a very telling moment because Kody Brown is sitting next to the pregnant Robyn. Yet he was kissing her while Christine was in labor – and he and Robyn weren’t even married. Tamron was able to command five of the Browns at once as each tried to justify their reactions and actions for the season. 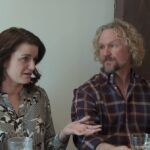 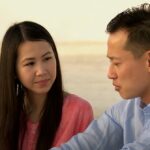