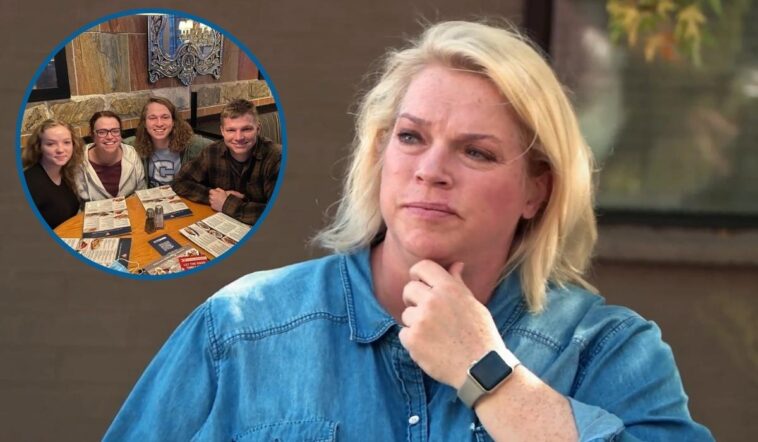 Sister Wives star Janelle Brown is finally free. She’s living her best life with her kids, just like Christine, except she’s still married to Kody. The TLC star is free to travel and see her kids as she pleases. That’s not the case in season 14 of the show, which was filmed at the height of the coronavirus pandemic. Kody Brown and his wives are at odds. They’re arguing over his strict COVID-19 rules. As fans know, Kody Brown had a long list of rules his wives and children had to follow. Understandably, they didn’t want to follow those rules. Even Janelle told Kody off, especially when it was holiday time.

On Friday 14 January, Janelle Brown enjoyed her new freedom. She shared a photo of her four children. Janelle and Kody Brown have six children together: Madison, Logan, Garrison, Gabriel, Hunter and Savanah Brown. The four of them were gathered around a table in a restaurant.

They smiled, their menus open on the table in front of them. Janelle Brown was happy about this gathering of a mini-family. She expressed that it was an impromptu trip she and her daughter had planned. It shows fans that Janelle is finally enjoying her freedom because she can do what she likes.

Ironically, Kody Brown thinks he knows what makes his wives happy. But even he says he sometimes has a hard time with the multitasking. Janelle enjoys the little things in life. She likes to travel and spend time with her children.

Although Janelle Brown is not in the photo, her happiness is reflected in the post. Fans are happy that she is enjoying her new freedom. She is free to travel and do what she likes. She just wants to be with her children, which makes her the happiest mother in the world. 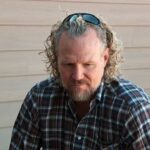