TLC’s My 600-lb Life follows the journeys of obese patients who make the dramatic decision to change their lives and try to take a new path to health with the help of the famous bariatric surgeon Dr. Now.

Fans may remember the mother and daughter duo Jennifer and Marissa Jess from Season 6. After starting the show at £ 636 and £ 573, respectively, the two Californians are now unrecognizable. We’re serious! Here’s everything there is to know about Jennifer and Marissa from My 600-lb Life.

During the Season 6 episode, Jennifer explained that she turned to food as a mechanism to deal with her traumatic childhood and unbearable marriage. “No one did anything to save me and I had nowhere to turn, so I turned to food,” Jennifer said. “I started gorging myself. It was the only thing in my life that made me feel safe and happy.” Viewers will remember that Jennifer’s drug-addicted father left when she was only five years old.

The trauma of the dysfunction of her relationship and the depression of giving her son up for adoption sent Jennifer into a spiral of binge that pushed her over 600 pounds and led to a drug addiction that almost cost her her life.

And although Jennifer’s daughter, Marissa, could have learned to eat her feelings from her mother, the then 26-year-old suffered many traumas. She was forced to watch her father beat her mother all through childhood and was raped at age 14.

In addition, Marissa had to assume the role of caretaker to look after her mother. She had to shower her mother and feed her, and the two of them were in a codependent habilitation cycle in which they gorged themselves on unhealthy food.

If you saw Marissa and Jennifer walking down the street today, you’d never think they were once subjects of TLC’s My 600-lb Life. The two managed to turn their lives around and now they seem unrecognizable from their Season 6 episode.

After Jennifer lost 210 pounds and Marissa lost 232 pounds at the end of their episode, the mother-daughter duo didn’t stop practicing what Dr. Now taught them. They ate well, exercised, and seem to be in a very positive mental space. 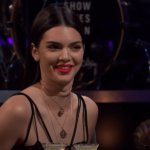 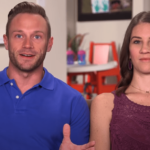