Rena Kiser and Lee Sutton starred in the sixth season of My 600-lb Life, and then again in a later episode of Where Are They Now? in 2019, where they gave fans an update on their lives today. The reality stars met for the first time in a bariatric rehabilitation center, although they left the clinic after their friendship blossomed into a romantic relationship.

TLC will broadcast a replay of Rena and Lee’s episode on July 1, so fans may wonder where they are today and what they’ve been doing since their episode first aired. The description of their episode, entitled “Rena and Lee’s Story,” reads: “After meeting and falling in love with a bariatric rehabilitation center, Lee and Rena are fighting health and anger as they make a desperate second attempt to save their relationship and their lives.

When Lee and Rena first appeared on the show, Lee weighed 714 lbs and Rena was 542 lbs. The reality stars decided to seek the help of the famous bariatric surgeon Dr. Now to lose some weight and regain control of their lives after leaving the rehabilitation center, so they headed to Houston to begin Dr. Now’s program.

Both Rena and Lee have worked hard to stick to Dr. Now’s diet and since their next episode in 2019, both have lost almost half their original weight. According to Distractify, Lee weighed 411 pounds and Rena was 278 when we last saw them, and judging by Rena’s Facebook page, they continued to focus on their health long after the cameras stopped rolling.

Although they worked hard to lose weight during their show period, Lee struggled with diet more than Rena, and often vented his anger and frustration on his long-time girlfriend, which put a strain on their relationship. In addition to his frequent outbursts of anger, his father was also diagnosed with cancer, which put Rena’s skin surgery on hold. The stars of reality certainly faced many obstacles during their journey. 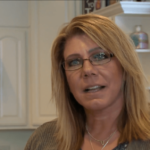