Robyn Brown has received a lot of attention from viewers since the premiere of the 16th season of Sister Wives. Sunday night’s episode focused on how Kody Brown and his wives Meri Brown, Janelle Brown, Christine Brown and Robyn Brown started construction on their property in Coyote Pass.

Not much has changed from last season as Kody Brown and his wives disagree on their land and are hesitant to start construction. While they were trying to resolve the Coyote Pass situation, Christine Brown’s desire to move back to Utah was still heavy on her mind.

A visit to the Coyote Pass ranches made Christine Brown remember how much she wanted to move back to Utah, so she pursued the idea. Kody Brown wanted to check the temperaments of his other wives – Meri Brown, Janelle Brown and Robyn Brown – to gauge how firm their desire to stay in Flagstaff was.

When Kody visited Robyn Brown to feel Christine’s longing to move to Utah, Robyn had a lot to say about her now ex-nurse-wife’s proposal.

Sister Wives took to Twitter after the season premiere, and many of them had a lot to say about Robyn’s commitment to not moving to Utah. While neither Kody Brown nor his wives have cited it as the reason, many Sister Wives viewers have speculated that Kody Brown moved the family from Las Vegas to Flagstaff because Robyn’s oldest son Dayton was accepted to a nearby college.

A comment about persecution in Utah refers to the fact that in 2020, Utah decriminalised polygamy. This was a big deal for the Browns, who fled the state in 2010 for fear of religious persecution or even imprisonment while their family was under investigation. 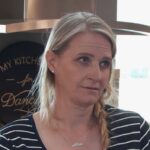 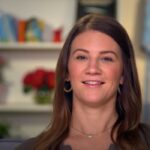