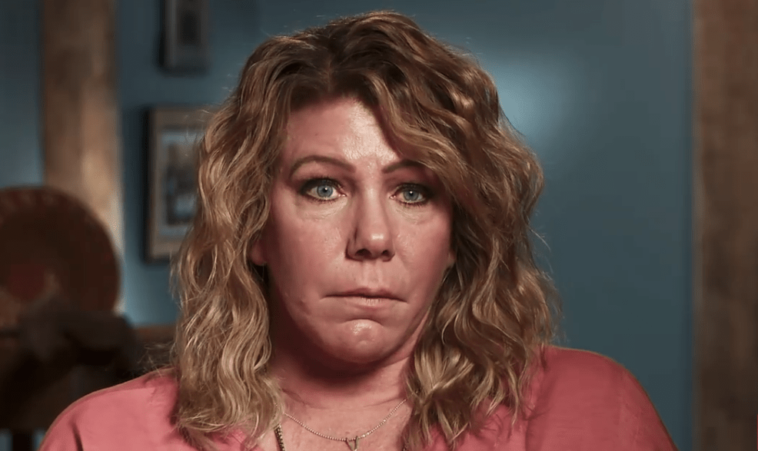 Sister Wives star Meri’s sister passed away in 2006 at the age of 32. It’s been 14 years since she died of cancer, but she’s not far from Meri Brown’s mind. Teresa Barber Kunz would celebrate a birthday on May 2nd, so Meri Brown shared a tribute to her memory on Instagram.

Teresa died just 11 months after being diagnosed with bowel cancer. Close to her sister, Meri Brown went to Instagram to remember and honor her memory on May 2. In her post, she explained that Teresa simply adored Disneyland. And, fans know that when Meri Brown visits the place, she seems to be in a happy place.

So, maybe every time she goes there, her sister’s memories come back. Memories can be so bittersweet. In her post, she shared a picture of Teresa at Disney World in Florida.

The photo was the result of a post-diagnosis opportunity. According to the star Sister Wives, they often went to Disneyland as children when their grandparents lived in Southern California. An avid Mickey Mouse fan, Teresa always hoped that one day she could visit Disney World in Florida, said Meri. So when she got sick, her husband took her there. And, for Meri Brown, the fact that he did that still feels really good for her.

If you know me at all, you know how much I LOVE Disney. All things Disney. Mr Walt himself I am fascinated with. If you may have had the pleasure to know my sister Teresa, you would have known that her love for Mickey would have left me in the dust! I mean, Mickey was where it was at! We were lucky enough to have grandparents who lived in southern California, and most summers we got to visit, and always went to Disneyland. Teresa always had a dream of going to Disney World in Florida. When she was diagnosed with cancer, her sweet husband knew it was time to get here there. I'm so glad he did. This is one of my favorite photos of her there. What a dream come true for her!! Go, live your life. Live your dreams. Love your people. You never know if life will be cut short. Teresa was way too young, but she lived her life to the fullest while she was here. How strange it is that I've lived 14 years without her here. Happy Birthday sweet sister!! 💙💙💙 #LivingMyWhy #BecauseICan #LoveWhatIDo #LoveWhoIAm #LiveYourLife #LoveYourLife #LiveYourDreams #HappyBirthday #Family

In her post, Meri Brown urged fans to go live their lives and “dreams”. Referring to the picture of her sister smiling and standing next to Mickey Mouse, she reminded people that life is too short and can be “cut short” at any time. She added: “Love your people… Teresa was too young, but she lived her life to the fullest while she was here”. Then Meri Brown remarked, “How strange that he lived 14 years without her here,” before wishing his “sweet sister” a happy birthday.

The Sister Wives Blog recalls that after Teresa’s death, Meri Brown talked about her in the early seasons of the Sisters Wives show. The outlet noticed: “Every time she talks about her, tears flow in her eyes. They were obviously close and loving sisters.”

Since Teresa also lived a polygamic lifestyle as a second wife, at least she died knowing that her children would be raised in a united and loving family. Meri Brown used her sister’s death to remind viewers of the importance of medical examinations.

Meri Brown and all her siblings went for a colonoscopy after her sister’s death and all tested positive for polyps. When she died, the tests the family underwent may have saved the others from a similar fate. Perhaps, speaking of the painful loss, Meri Brown also saved the fans of the Sister Wives’ show who underwent the same tests.