Where Is Cassie Randolph, The Star Of ‘The Bachelor,’ Now?

After a lot of ups and downs, some of the details regarding what happened between Bachelor Nation couple Colton Underwood and Cassie Randolph are finally becoming clear with the help of Netflix’s ‘Coming Out Colton’.

In the series, not only does the Illinois-raised athlete admit that he “put [the] poor girl through hell” because of his insecurities, but he also opens up about how he “hurt other people outside” of himself by making bad choices. Cassie Randolph wasn’t part of this production, but her history with him made us wonder what she’s doing today.

Where Is Cassie Randolph, The Star Of ‘The Bachelor,’ Now?

When Colton Underwood came out as gay in April 2021, Cassie Randolph briefly addressed the issue at the beginning of a YouTube video, saying she appreciated the kind comments but would not say anything publicly. “There’s a lot of layers to it, and I just feel like the best thing for me at this time is to move forward and just focus on going forward,” the speech therapist said.

Following this pattern, Cassie Randolph hasn’t commented on ‘Coming Out Colton’ either. Still, a source told US Weekly, “she isn’t going to be talking about the documentary and isn’t going to be watching it, that’s for sure… She’s holding back her real feelings as she doesn’t want to say anything that would hurt him and plus, throwing someone under the bus isn’t the type of person she is.”

That being said, a source also spoke to Page Six and admitted that Cassie was dragged into a mess because of the Netflix show when she “just wants to move past any drama having to do with Colton.” 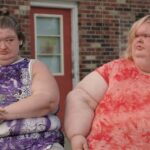