Will Paedon Brown Appear On The ‘Sister Wives’ Spinoff?

Paedon Brown surprised fans of Sister Wives after she shared that she would be happy to star in the TLC spin-off about her large polygamous family.

In recent weeks, the 23-year-old has been openly spilling family secrets on his social media platforms. Now, the son of Christine and Kody Brown has explained how he would be open to starring in the new series.

The National Guard cadet has been one of the most outspoken of the Brown family, much to the chagrin of his father Kody. Paedon Brown has already revealed that he and his father have not spoken to each other after he was rude to Robyn Brown’s children.

While Paedon Brown has yet to slam her family, Sister Wives fans are not surprised that she wants to vent her frustrations with her followers. Over the weekend, Paedon revealed that she’s moving in with her mother in northern Utah, and even talked about the fate of the popular show.

Paedon Brown’s followers couldn’t help but throw a lot of questions when he went live on Instagram this weekend. One eager fan asked if he’d be interested in participating in a TLC spinoff.

Initially, Christine and Kody’s only son expressed that he wouldn’t be interested in a series based on his life. However, Paedon, who is similar to his father, seemed to change his tune when he thought more siblings could be involved.

Paedon Brown shared a lot of updates during the almost two-hour video. One of the most painful topics was about his family’s land, Coyote Pass. In response to a fan who asked for more information, Paedon shared that he has no idea whether or not any of Kody Brown’s wives are building homes on the land, saying bluntly, “I’m sorry, I don’t care about Coyote Pass.” Viewers of Sister Wives were also surprised to learn that Paedon never actually moved to Flagstaff with the rest of her family. Instead, she shared that she left Las Vegas and moved to St. George, Utah.

Paedon seems to thrive in and out of Sister Wives. Viewers can’t help but admit that they loved Paedon’s Q&A sessions because they learned so much about the reality star. Paedon also revealed that the new season has started rolling, sharing that Christine will also be a part of it. 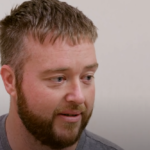 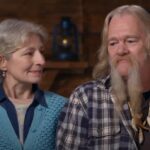