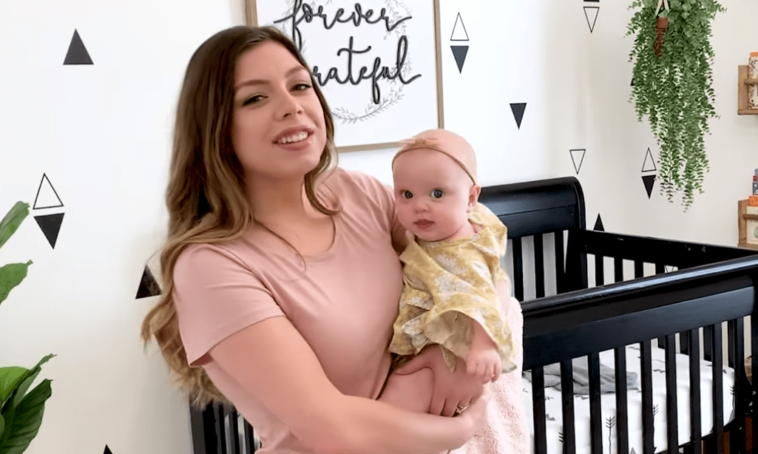 On Saturday, June 27, Anna Duggar documented Maryella’s last milestone. Josh and Anna’s youngest daughter is now seven months old! As she usually does, Anna has Maryella all ready for a small photo shoot. Every month Anna places a sign next to Maryella. This time the sign says: “It’s a beautiful day to be 7 months old.”

In this post, Anna Duggar doesn’t give an update on Maryella’s milestones. But she does share a few extra photos with her more than 900,000 social media supporters. One picture shows Maryella sitting in her crib in her nursery. In her nursery is a dark wooden crib with a few wall decorations hanging nearby. There is also a rocking chair and a violin leaf fig tree next to the crib. Some of Anna’s followers want to know if it’s real or not. This picture only contains a small part of Maryella’s nursery, but Duggar fans love what it looks like.

Some of Anna Duggar’s followers ask how many bedrooms there are in Josh and Anna’s house. The couple has six children, so they should have a big house if all the children had their own room. But, by the looks of it, Maryella has her own nursery.

The last picture in Anna’s latest post is of Anna and Maryella together outside. Anna keeps Maryella in the air, and they both seem very happy.

Bella is 6 months! 🥰 We can’t get over how fast this little girl is growing. She is quite adventurous these days. She’s just starting to crawl and it’s so sweet to watch her learn how to explore the world on all fours. We love this little girl so much and are so grateful to God for her!💕 . .#bellamilagro

Several new Duggar babies were born in November 2019. So fans love to see so many baby pictures. Besides seeing a lot of pictures of the babies, they also get a glimpse of the children’s rooms.

Joe and Kendra Duggar welcomed Addison to their little family in November. In a video with Counting On on Facebook, the couple shared about their two children’s rooms. Their son Garrett has his own bedroom, while Addison uses the Pack ‘N Play in the guest bedroom. She also has a few other items in her room, but she doesn’t have an official nursery.

Josiah and Lauren gave the fans a tour of Bella’s nursery. In the video they point out some special items that are part of her nursery.