Lauryn “Pumpkin” Efird and her husband Joshua welcomed their son in July of last year and after gaining weight due to pregnancy, she’s getting back into shape. The fan-favorite celebrity has been out of the limelight since she became popular for being a sister to Alana Thompson, but now she’s surprised her IG followers with her post-baby body update.

In the video, the 22-year-old mom promoted the same controversial weight loss drink that Mama June have also used.

It seems like the promotional drink has done wonders for her to get back in shape after giving birth last year and her fans are noticing.

For someone who just had her baby, one avid viewer commented that Lauryn Efird should be proud of herself.

Although Lauryn Efird’s post has been showered with praise, there are some who have questioned the effectiveness of the product, and some have even revealed that the celebrity deletes fan comments that she finds offensive.

Just a few weeks ago, both Mama June Shannon and Honey Boo Boo Jessica promoted the same product on their IG accounts and their followers flooded the comment section with criticism. Some viewers pointed out that the family may have resorted to promoting the product for money since it has been a while since their reality shows ended. However, many are concerned that they are misleading people who might actually believe that the product works because of their false advertising. 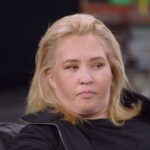 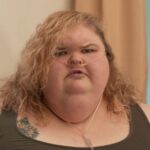