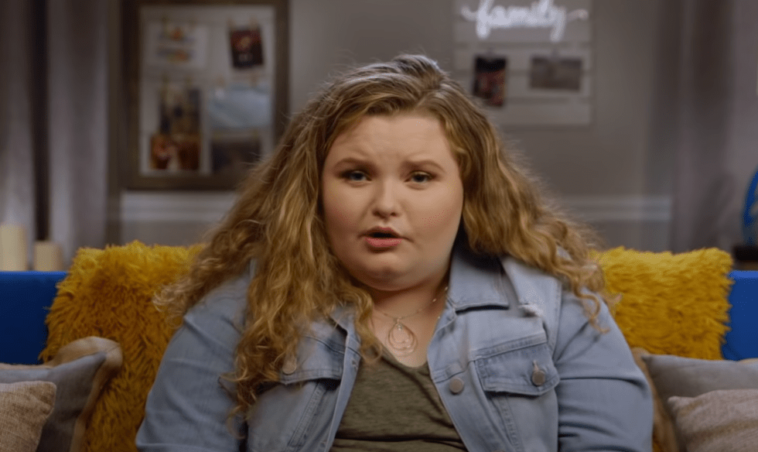 Mama June: From Not to Hot: Lauryn 'Pumpkin' Shannon and Alana Speak Out

WE tv Mama June,Family Crisis spoilers discovers that we saw her children, Lauryn “Pumpkin” Shannon and Alana “Honey Boo Boo” Shannon, talking about their mother, Mama June. She’s a drug addict and her daughters really want to find her because they need her to step up and become a mother. Alana and Pumpkin had an interview with ET and they got very excited about their mother. We have the story of what happened.

Mama June: From Not to Hot: Lauryn ‘Pumpkin’ Shannon and Alana Speak Out

It’s hard when your mother’s away and these girls know that better than anyone. “My mother has four children. Three of us have grown up and can take care of ourselves and can cook for ourselves, and we each pay our own bills. But at the end of the day, Alana is still 14 and needs her mom.

It was very difficult because… she’s younger and she needs her mom. So it’s been very hard for me and for her to adjust to me being her “sister mom.” And then, of course, her not being around her mother. She’s lived with her mother all her life and now she’s had to uproot and move out of that house and come live with us”. Pumpkin talked about how hard it’s been for all of them during this time.

Pumpkin also talked about how stressful it is this time and having a 2-year-old on top of everything. “It was really nice. It was obviously a crazy experience because I went from raising a 2 year old overnight to raising a 2 year old and a 14 year old. So there’s two different age groups. It’s stressful. It’s really stressful. It puts a person through a lot of strain because of his or her age difference.

After watching the first episode of We Tv, we saw that Mama June became passionate about drug use and casino gambling with her boyfriend, Geno Doak. Things went so bad with her mother that Aunt Doe Doe went to Alabama to look for her and bring her home.

Pumpkin talked about June and Geno: “We’d moved out, got our own apartment and stuff like that. So we weren’t around much. We weren’t physically living in the house to see how bad things were. So, of course, in the end, seeing how bad things had gotten was a difficult process for her. She was always telling us, “I’ll never let a man come between us.” And here we are.” Pumpkin said Alana needs her mother around and it was hard to see her so upset and stressed.