Sister Wives star Kody Brown focuses on a number of things that fans don’t get to see on the show. Fans want to know why his older kids aren’t in the show. Kody Brown said there’s an easy reason why they’re not in the show. They don’t want to be on reality TV anymore.

But, that’s not all he shares. The TLC star said he doesn’t believe his kids will be polygamous like their famous parents. Read on to find out what else the 51-year-old shares about the world that fans won’t see on this season’s Sister Wives.

The reality star appeared on Reality Life with Kate Casey podcast. He answered the question the fans have been asking lately. Why don’t any of his older children appear on Sister Wives? Well, that’s a very easy answer, according to Kody.

“My older kids aren’t always interested in being part of the show,” Kody Brown just said. “And they don’t always have a story to follow. They’re trying to have a professional life. And sometimes it’s a difficult balance to make.”

As In Touch Weekly reported, the host asked Kody Brown where his son-in-law, Tony Padron, has been lately. He’s already been seen this season. His marriage to Kody and Christine’s daughter Myketti Brown has been an important storyline for a couple of seasons. His absence has been obvious.Tony works at a bank. Kody Brown said his job is why he’s not on the show much.

“I mean, when you’re on a reality TV show, and you’re trying to work at a bank, it gets extremely awkward,” Kody Brown explained. “They’re trying to distance themselves so they can have their own private lives.”

Sister Wives fans also noted that Logan is also absent from the series. They noted the older son’s absence when the family moved to Flagstaff, Arizona in Season 13. According to Logan’s Twitter account, he’s studying his M.B.A. Meanwhile, his fiancée, Michelle Petty, is working on her Criminal Justice M.A. The couple is planning to get married, but it won’t be seen on Sister Wives. 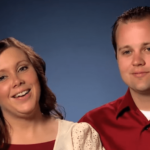 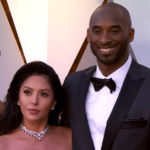