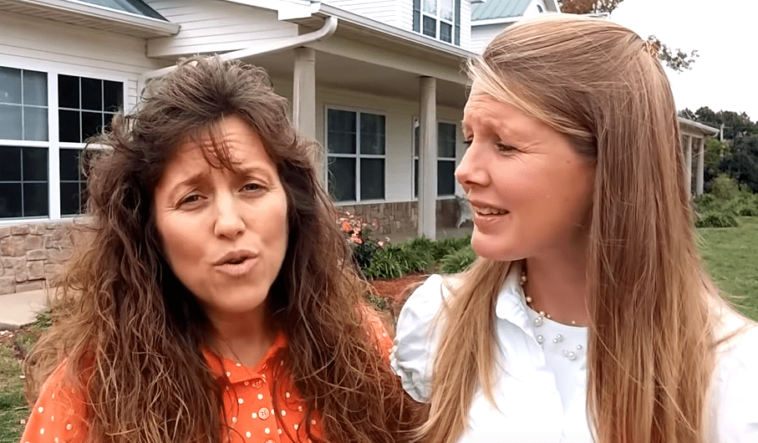 Counting On: Which Duggars are currently homeschooling?

It finally happened, a Duggar kid broke one of the family’s biggest rules. Jill Duggar announced that she and her husband Derick Dillard have decided to enroll their son, Israel Dillard, in the traditional school. Jill Duggar, who was notorious for her 18 siblings, had taken it upon herself to teach Israel during his kindergarten years, but things are about to change, and the fans are all for it.

Counting On: Why did Jill Duggar and Derick choose traditional schooling over homeschooling?

While home schooling has a number of serious benefits when done correctly, research has shown that Duggar family critics are concerned that Duggar children are not properly educated by their parents. To educate the family, Jim Bob and Michelle Duggar used a home schooling program approved by the IBLP. The program has a strong focus on religion and seems to avoid any educational topic that breaks with the ultra-conservative belief system.

Several fans reached out to Jill Duggar to ask her about her decision to walk away from home schooling, at least for now, but she hasn’t commented yet. Some fans believe the decision was mainly Derick’s, who, unlike Jill, spent all his academic years in a traditional classroom. Derick Dillard, who is currently enrolled in law school, seems to take education seriously. Before enrolling in law school, Derick Dillard attended Oklahoma State University, where he earned a bachelor’s degree. Derick is outspoken about his desire to have his sons go to school as well.

Counting On: This is not the first decision Jill has made that bucks family tradition

While Israel’s enrollment in school is a huge deal within the Duggar’s circle, it is not the first decision Jill Duggar has made that proves she is trying to distance herself from her family. Jill Duggar has made the decision to pierce her nose and wear pants, both of which are choices that defy Jim Bob and Michelle’s rules. She also seems to be spending time with friends who wouldn’t be acceptable by family standards.

The Duggar family has spoken out about their beliefs when it comes to alcohol. They do not participate and do not believe that others should participate. Jill Duggar has a few friends who clearly drink a glass of wine or two once in a while. Although Jill Duggar has never said whether she drinks wine or not, some fans are starting to think she at least tried. Being in the same room as someone who drinks is, according to the Duggar family, banished.

Counting On: Which Duggars are currently homeschooling?

While the Duggar family is growing rapidly, few of the Duggar grandchildren are old enough to go to school. Having said that, several Duggars have shown interest in continuing home school. Anna Duggar, who is married to Josh Duggar, currently teaches several children at home.

Mackynzie Duggar, who turned 10 years old in October 2019, is receiving home schooling, as are Michael and Marcus Duggar, who are both old enough to go to school. Anna shows no signs of changing direction with her children’s education in the short term. It can be assumed that the three younger children of the family will also be educated at home.

Jessa Duggar has yet to mention her educational plans. Her son, Spurgeon, will turn five in November, which will make him old enough to enroll in kindergarten. It seems likely that Jessa will choose preschool, as she hasn’t strayed far from the family belief system since her marriage in 2014 to Ben Seewald.

Fans think that Joseph Duggar and his wife, Kendra Caldwell, will decide to go to kindergarten when their children are old enough too. Both Kendra and Joseph have been homeschooled. Fans believe that Josiah Duggar and Lauren Swanson will make the same decision for their daughter Bella, even though they have several years to decide. Bella was born in November 2019.