Sister Wives: Kody Brown Admitted He Is ‘Stressed’ During The Sale

Sister Wives stars Kody and Meri Brown were spotted together for the first time in months after spending their 30th wedding anniversary apart.

Meri Brown, who shares her daughter Mariah with Kody Brown, paused the live sale and was told by her husband that she looked “tired. Kody Brown could then be heard in the background: “I don’t know what it is… the stress. I’m meditating. I’m exercising. I’m working.”

Meri Brown then encouraged her husband to “take CBD” and admitted she took some the other day and that it tasted “bad”. Kody Brown then apologized for stopping the sale and left.

The video is the first time in months that Meri and Kody Brown have been seen together on social media, as fans suspected he was in coronavirus quarantine with “favorite” and fourth wife Robyn. Second wife Janelle, 50, has not posted once with Kody since quarantine began – even after revealing her battle against skin cancer.

As for his third wife Christine, was sent with Kody for their 26th wedding anniversary and for their daughter Truley’s birthday.

As fans of Sister Wives know, Meri and Kody Brown have had a tumultuous relationship in recent years.

He divorced Meri in 2014 to marry Robyn, so he could adopt her children from a previous marriage. Meri was then involved in a catfish scandal, where she fell in love with another man, who ended up becoming a woman.

During the last season of Sister Wives, Meri revealed that their marriage was “quite difficult for a while”.

He admitted, “I’m sorry for what we had.” Meri added, “The relationship that he and I had, it’s gone, it’s over. I want a relationship with him.” He continued, “I feel like I’ve been deceived in a very different relationship from what I expected. Meri and I had a quick courtship, with a lot of expectations and a lot of lack of communication”.

Then, in April, Meri and Kody Brownignored their 30th wedding anniversary on social media. Although Kody did not reveal what he is “stressed out” about on Facebook Live, he had money problems after the entire family moved to Flagstaff, Arizona in August 2018.

Christine and Robyn have bought houses, while Meri and Janelle are renting while the family waits to build on the property purchased in June 2018 until they are financially ready. 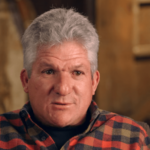