Although the Brown polygamous family lived under one roof in their previous home states of Utah and Wyoming, their move to Las Vegas after the first broadcast of Sister Wives changed everything. The Browns bought four neighboring houses in a Nevada cul-de-sac, and the rest is history.

But when Kody Brown moved his big family to Arizona in 2018, he wanted to explore new options. His dream, he told his wives during the new season of Sister Wives, was to have his whole family back in one house. While his second wife Janelle Brown was on board, his third wife Christine Brown was firmly opposed to the idea. The family couldn’t come to an agreement, and Kody eventually had to give it up.

In the most recent episode, Kody Brown caused controversy among some fans of Sister Wives by telling Robyn Brown’s five children that Christine Brown was the sister wife who was not interested in living together.

“I talked to the moms about it, and some of them didn’t like it at all,” the polygamous patriarch told Robyn Brown’s second oldest daughter, 15-year-old Breanna Brown. “Well, especially Christine didn’t want to do it,” he added.

The producers of Sister Wives interviewed some of Brown’s children to ask them what they think about moving in together. Breanna was surprised to hear that Christine didn’t want to move into the family. “I honestly think it could be fun,” she said of the idea.

Breanna’s 17-year-old sister Aurora Brown also seemed to support the idea. “I couldn’t wait to move to Coyote Pass… but now I see it’s not really an option,” she told her parents.

Meanwhile, Gabriel Brown, Janelle and Kody Brown’s 19-year-old son Gabriel Brown also thought living together as one family “could be a good thing. But he didn’t think his parents would agree. “I don’t think the moms will go for it,” said Gabriel, adding that “they want their own space.”

Truely Brown, Christine and Kody’s youngest daughter at only nine, was a little more direct in her message to her parents. “I think moms are crazy,” she told the producers, “because I want to live in one big house so we don’t have to separate. Mom, I think you’re loco in coconut.” 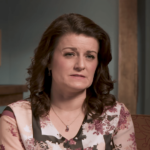 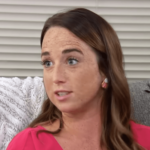