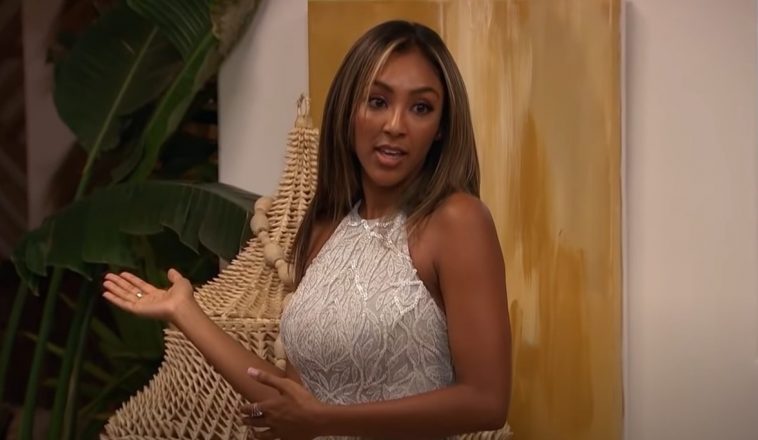 Tayshia Adams, current host of The Bachelorette, joins the masses in praising contestant Andrew S. for his courageously candid conversation about race relations. Tayshia Adams, who has been in several interracial relationships, including with John Paul Jones and her current fiancé Zac Clark, spoke about the importance and necessity of Andrew S.’s shared speech and what it meant to the public and to her personally.

In her Click Bait with Bachelor Nation podcast, Tayshia Adams shared, “I love Andrew S. already, but just how real, honest, and courageous it was for him to have the conversations with Katie on his one-on-one, I think [it] is what everybody needs.”

Andrew S. has been applauded by viewers for using his one-on-one time with Katie to talk about being interracial and how that can be perceived by closed-minded people. He also talked about his past mistakes in interracial relationships and how important it is that he and Katie have the same understanding when it comes to having interracial children.

The country and Bachelor Nation are being called to examine their intolerance now more than ever, especially since Rachel Lindsay has spoken out publicly about toxic subgroups in Bachelor Nation that are more racist and bigoted.

While there has been a small smattering of minority contestants throughout The Bachelor franchise, it has been rare that contestants feel comfortable enough to discuss the realities of dating both within their own race and outside their own race. It is therefore refreshing to see Andrew S. address the racial issue head on, rather than sweep it under the carpet.

Tayshia Adams found it a nice and powerful change for Andrew and Katie to talk frankly about being a black man and a white woman and the possibility of having biracial children together. Tayshia Adams is bi-racial herself, being half African American and half Mexican. Tayshia and Ivan had a refreshingly vulnerable conversation about race during the season of The Bachelorette, where they were able to shed light on their experience of being bi-racial and how it affected their identity and romantic relationships.

Knowing the courage it takes to speak openly about race and race relations on The Bachelorette, Tayshia Adams expressed pride in both Andrew and Katie, saying: “I just found this so courageous of him, and I’m just so happy that he was able to have a conversation [that’s] open and honest with Katie. Her reaction meant so much to me.” 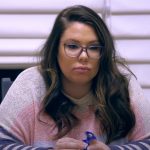 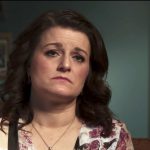