Will Hannah Brown Be ‘The Bachelorette’ Again

Hannah Brown was sent home from Colton Underwood’s season of The Bachelor. The beauty queen from Alabama then took her love journey into her own hands on The Bachelorette. Many fans were in favor of Tyler Cameron, Mike Johnson, and Peter Weber. Some were against the “villains” Luke Parker and Jed Wyatt.

Hannah Brown became a fan favorite because of her no-nonsense attitude toward the men of her season. She was also unabashedly forward when it came to expressing her sexuality. Fans applauded Brown after she sent Parker home for the way he treated her during Fantasy Suites week.

Will Hannah Brown Be ‘The Bachelorette’ Again

Currently, Hannah Brown is reportedly dating someone new. However, if that relationship were to end, ABC would likely approach the fan-favorite to lead the show again. She was in negotiations to lead another season in early 2020, but ultimately turned down the network due to several factors.

As for Hannah Brown herself, she has said she is open to it. “I think being The Bachelorette is a way to find love,” she said during a live show for the podcast Scrubbing In with Becca Tilley and Tanya Rad in February 2020. “However, I don’t think it’s my only option.” Brown posted a YouTube video in November 2020 in which she interacted with a matchmaker and career coach, proving that dating on TV is definitely not her only option for finding a partner.

“I don’t know if I would do it right now,” she continued during the live show. “I’m really trying to focus on what I have right now – and that’s building a house and other opportunities.”

Since then, Hannah Brown has grown her lifestyle YouTube channel, which has more than 175,000 subscribers. “I might not have found love,” Brown said of her season. “But I did find myself. I’m more confident in what I can do and I’m working toward that.”

Regardless of whether Hannah Brown chooses to return to The Bachelorette or not, we hope the young reality TV star continues to feel confident in herself and proud of her accomplishments. It sounds like she knows what she’s worth, whether she’s single or not. 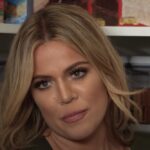